As we research and look at the sport of beach soccer it has become more apparent how it benefits grass players.  We already know it is many teams favorite and most fun events of the year.  But beach soccer has not really been evaluated until recently for its validity to player development in the way other small-sided games like futsal and the many other forms alternatively to the grass.  But, it is clear now, beach soccer is not only amazingly fun, but also an integral part of developing a more technical, tactical, & stronger soccer play in the near future.

Have you ever asked your players to be more on their toes and they simply can’t maintain it?

Has there been a situation where a talented player sits on his laurels and waits for the ball to come before he begins to play?

Would you like the chance to watch your players work harder without demanding it?

Did you know that simply putting your players in the sand will not only fix these problems but make your players quicker, stronger, and tremendously more confident on the ball in much less time?

Everything you do in the sand is 100% transferable to improve the grass game and skills.  Beach soccer is the perfect complement to the grass game as it is played in the air when trained correctly.   Adding beach soccer training as part of the curriculum will expedite and certainly help recreational to advanced players reach another level in skills and development.  Whereas the following are important aspects they are simply the tip of the iceberg when it comes to benefits.

We have coined the term “Running in High Heels” which goes straight to the point of players being on their toes more.  As coaches we spend a lot of time telling our players to be on their toes to get a quicker step to the ball.  Many spend time doing various techniques from heel lifts, to “pitter-patter” speed steps, and speed ladder.  But, when you run in sand correctly, Running in High Heels, with your toes entering first and your heels out of the sand (always, even when standing), it not only creates “starting blocks” under your feet, making you move 3-4 steps quicker over ten, but also develops the twitch muscles, tendons, and joints to react quicker once you go back to grass.  Players coming from the sand will feel like they are floating on turf or grass especially after repeated sessions on the sand.  If for no other reason this is the simplest and most advantageous motivation for coaches to put their player’s toes in the sand.

Beach Soccer is played in the air when done correctly.  Lifting to self is a technique we have coined “The New Juggling” because it is critical for all players to eventually be able to do it.  It is also as frustrating and monotonous as our staple juggling at the beginning of each session.

This is done primarily with the “Three Small Toes” doing the scooping and lifting with the big toe and second toe (long toe) providing balance.  The significance of this training is three-fold and its benefits are tremendous.

All emphasis is “in-step” (shooting) and “inside of the foot” which is 100% inside of the leg development.  For example, by accident a few years ago working with 9u’s we worked on this technique.  Although I did not expect them to use it, a few accomplished repetitive lifts to self.  Once back to grass and without having taught them I began to witness these players beginning to pass and shoot with the outside of their foot.  My own experience as a teenager was trying this and my ankle wouldn’t lock and it mostly hurt, had no power, and/or accuracy.  Now I have seen kids half my former age doing it without even thinking…because they developed the strength and ability to lock the ankle from “The New Juggling”.

Third, this practiced technique now allows your players to have a far greater developed weapon in regards to scooping, shoveling, and lifting the ball for greater distances while standing still or even on the run.  This is a savvy technique rarely developed on grass, but can be found more prevalent on the futsal court. It clearly gives players more choices about how to approach the ball when they have more mastery of the entire foot.

As a coach, do not expect, or push this ideology in a tactical sense with kids 12u or younger in games.  At the youngest ages, work the technique, but don’t bother them with the tactical aspects or require them to try and lift in games.  If they have it, they will try and show it on their own.  The emphasis at the younger age groups is to have fun while establishing the building blocks for the future.  If you get them to scoop pass in beach competition you are way ahead of the game, but notice when they hit the grass they now have new technique not found as easy before being in the sand.

This is easy to explain, but more difficult to conceptualize.  The first is the actual technique which NEEDS to be addressed by any coach taking players into the sand.  The highest amount of injuries comes from players feet.  Most of these injuries revolve around broken toes or getting “turf toe”.  This is easily corrected which would eliminate a majority of injuries in beach soccer.

When striking the ball in the sand you need to develop the technique of clenching your foot in the same sense as with your hand punching someone.  As coaches, we do not normally tell our players to clench their toes inside their boots.  Why would we?  Except, if we would, the player would be striking with a tighter locked ankle and more solid predictable surface which would actually hit the ball harder and with more accuracy.

Think of it this way…what creates a more solid and powerful strike?  An open-handed, fingers extended, slap, or a closed handed punch?  Wouldn’t it be logical to believe the same of your foot, although you cannot wrap your toes as profoundly as your fingers the surface is more predictable to control and solid?

Now, how does this eliminate the specter of toe injuries in beach soccer?  It is really simple.  As you learn the technique of kicking in the sand you curl your toes back.  It is a learned technique which takes a few sessions to get used to…like “Running in High Heels”…but as you do this the player’s practice by walking around kicking the top inch (centimeters) of the surface.   The big toes and the rest are tucked so there is no drag.  They are protected not only from the sand, but also much more from any contact which may be had.  In addition, if they take this back to the grass and curl their toes in their boots you will quickly realize how much harder they strike the ball.

This does not even address the most important aspect which is hitting a ball on an uneven surface.  Tell your players day 1, “NEVER HIT A STILL BALL IN THE SAND”, unless they clearly see it sitting on top of a ridge.  This is because a “still ball” is usually sitting in a hole and doesn’t go anywhere and hurts when you kick it.

a player develops the MENTALITY of slowing down the ball as it rolls in and out of holes in the sand they become adept at striking on the top of ridges.  This comes back to the grass in a way which is simply so advantageous its hard to really express.  But, in simple terms, a young player, who has already developed the opportunity of slowing down their mind through this repetitive action will inevitably have the skill to do so with every ball approaching them in the grass.  Therefore making them calmer, more skillful, and therefore better quicker than simply only being on the grass and/or other flat surfaced pitch or field.  The change in dynamics of the uneven surface predictably improves a players vision on the ball exponentially.

Again, this really only scratches the surface.  For more information on how to train your players in the sand, or even see what the pros have to say about it you can visit the YouTube Station “YOURBEACHSOCCER”.  There you can see the United Soccer Coaches presentation giving in 2019 as well as several videos with current and future US Beach Soccer National team players demonstrating for you to bring to your players, teams, or for yourself as an individual.

For more about events visit: 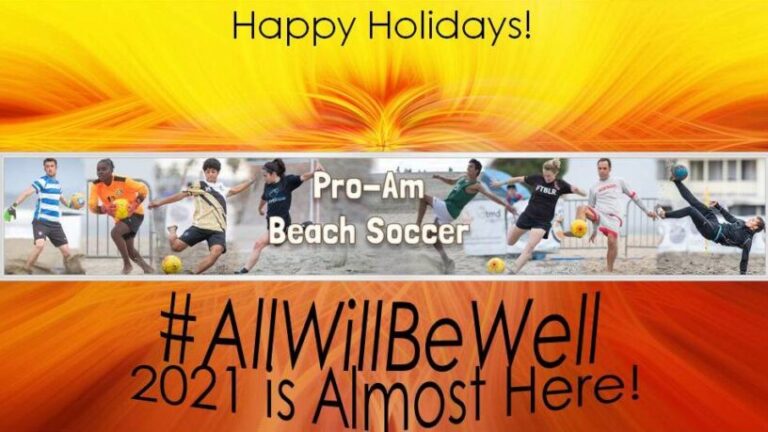 2020, what can anyone say about a year which will go in infamy? One which destroyed businesses, families, and so many things which we will not spend time discussing in this year of reflection.  As we approached the holidays there was a relief with vaccines and many other changes seen as positive for the coming… 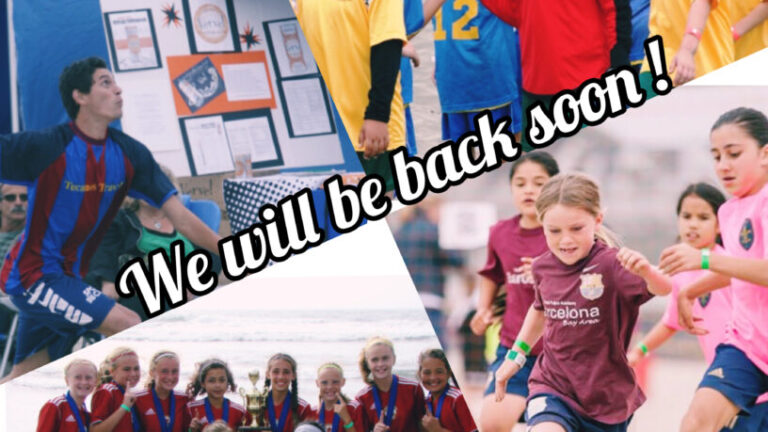 The year 2020 will be engraved in the memory of every individual around the world for many years to come. Change is a constant, but 2020 was a year of extraordinary change as well as challenges. Commerce, education, professional services, health services, tourism industry, sports industry etc. are creating war rooms to keep the ‘lights… 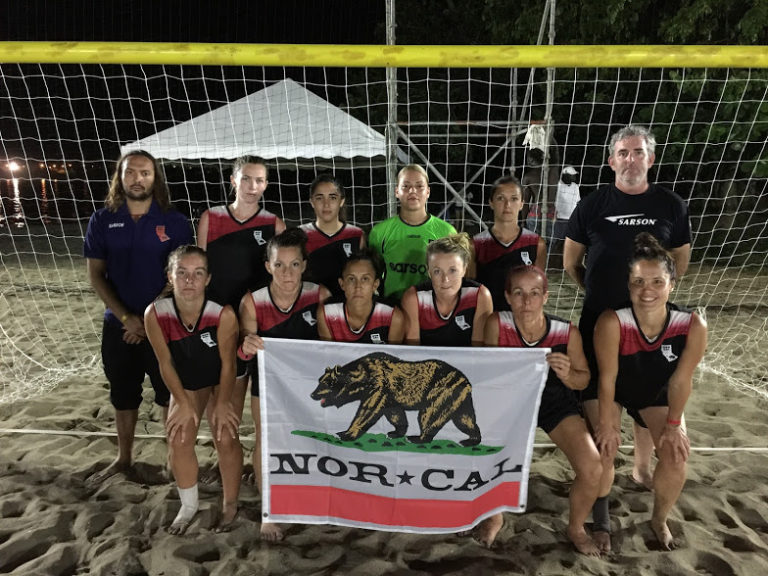 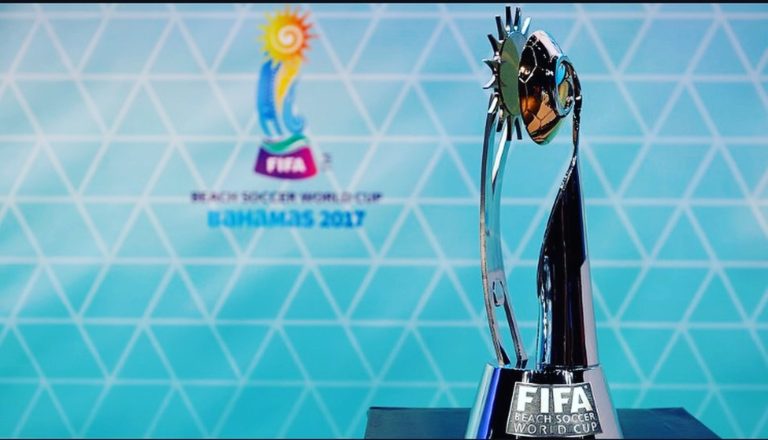 For this edition let’s reflect on the FIFA Beach Soccer World Cup.  The event held in Nassau, Bahamas was yet another example of why #FIFA needs to pay attention to this amazing sport and NEVER let it out of its grasp as the most exciting version of our favorite sport with a ball. The numerous…